Make an investment. Make a difference.

Through your shared investments, AHP Servicing was able to purchase loans in default and help families at risk of foreclosure stay in their homes. Our investors were able to receive a financial return and help communities all across America.

AHP Servicing Fund closed to new investment. You can check the status of your investment by logging in here. However, if you want to expand your portfolio, a new crowdfunding offering is now open for investment with preREO. Click below to learn more about the offering.

The Impact You Made

As an investor, your support helped us purchase defaulted mortgages at discounts and help families stay in their homes, as well as build a national mortgage servicer.

We had investors of all backgrounds invest as little as $100.

We have paid out a monthly distribution equal to a 10% annual preferred return on invested capital.

We use best efforts to return investor’s funds within 5 years of when they were invested.

After our investors receive their 10% annual return and have been repaid their original capital investment, AHP Servicing will retain the remaining yield.

Information on Our Current Offering

Summary of the Offering:

The Company is offering to sell its securities to the public in what we refer to as an “Offering.” Specifically, The Company is offering to sell up to $50,000,000 of its Series A Preferred Stock. We refer to anyone who purchase Series A Preferred Stock in the Offering as an “Investor.” Each month, if the Company has any money to distribute after paying all of its expenses, we intend to make distributions in the following order of priority:

If the Company has money after paying all of its expenses (and establishing appropriate reserves for future obligations), it intends to distribute that money to its stockholders in the following order of priority:

• First, to Investors until they have received a compounded return of 10% per year on their invested capital.

• Second, any remaining funds will be distributed to Investors until they have received a return of all of their invested capital.

• Third, any remaining funds after Investors have received their 10% annual return and all of their invested capital will be retained by the Company’s common stockholders (its management).

NOTE: There is no guaranty that we will earn enough profit to distribute a 10% return to Investors, or even to return their capital.

The Company will try to return to Investors all of their capital, no later than the fifth anniversary of the purchase date, assuming there is significant cash flow. However, Investors might receive their capital sooner, later, or not at all. 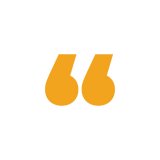 I’ve been investing with AHP for over 5 years. I’ve found Jorge and his team to be professional, helpful and trustworthy. As a real estate investor, I was looking for an alternative way of investing that would give me broader market exposure while providing reliable cash flow. The idea of helping homeowners stay in their homes, while producing great financial results for investors, is a winning combination.

The AHP platform makes everything so easy. But more importantly, I feel good about investing in a group that helps thousands of struggling families stay in their homes. Good returns while helping people – what’s not to love??

I’ve been investing with AHP for many years. I strongly recommend it due to safety and high returns.  I feel it is a great way to invest and get an amazing return instead of the .0001 return at a bank. They give you the option of direct deposit with your monthly payment, saving a trip to the bank.  They pay like clockwork and my customer service rep is very helpful and friendly.